Together with the United States Agency for International Development (USAID), Marco Barneveld at WideOyster used Adline to generate over 2,2 million impressions and build Central Asia as a travel destination.

WideOyster is a Dutch travel magazine with over 160,000 subscribers. The magazine is a collective of the best travel storytellers. Their aim is to discover this planet in all its diversity. WideOyster believes in authenticity, the small things, people, cultures. The tales of their adventures are shared in the WideOyster Magazine.

With a strict deadline from USAID, the travel magazine needed a quick and easy way to build a dozen campaigns fairly quickly.

In this case, WideOyster needed help to build advertising campaigns around their Editorials for Kazakhstan, Kyrgyzstan, Tajikistan, Turkmenistan and Uzbekistan. 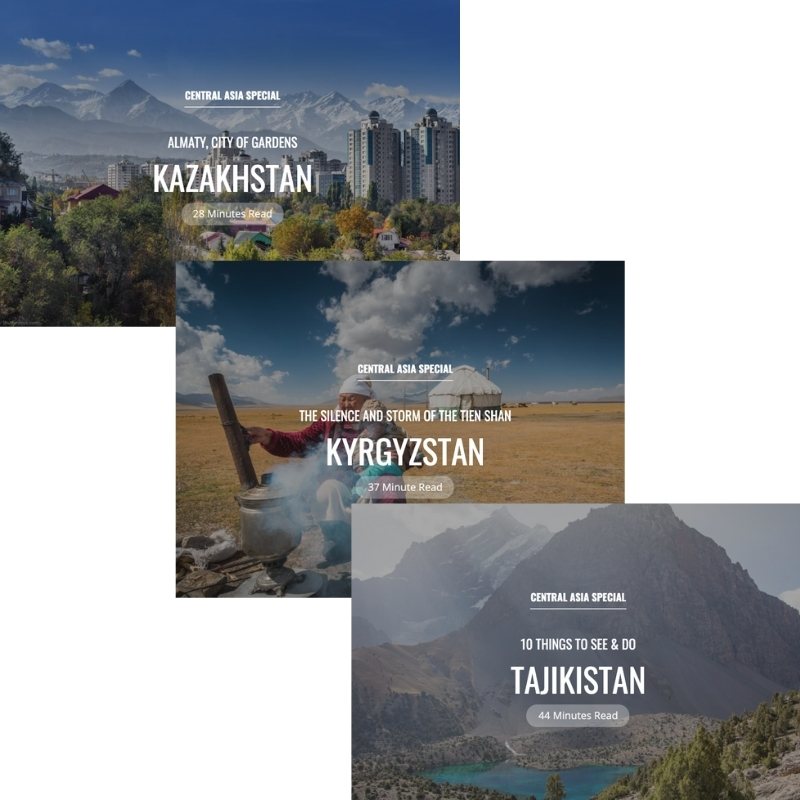 Marco Barneveld is the Creative Director & Owner at WideOyster, and has created stories that have been published in, amongst others, National Geographic Traveler, Lonely Planet Traveler en Sidetracked (UK).

Together with the US government agency, Marco was tasked to build up travel interest in Central Asia. WideOyster produced 5 editions – each for one of the countries; Kazakhstan, Kyrgyzstan, Tajikistan, Turkmenistan and Uzbekistan.

Marco converted these 5 editions to 19 multi-channel, multilingual advertising campaigns in Adline. The campaigns generated a total of 2,2 million impressions, attracted 77,000 clicks (with a CPC at €0.06), and were able to build awareness around Central Asia as an adventurous travel destination. 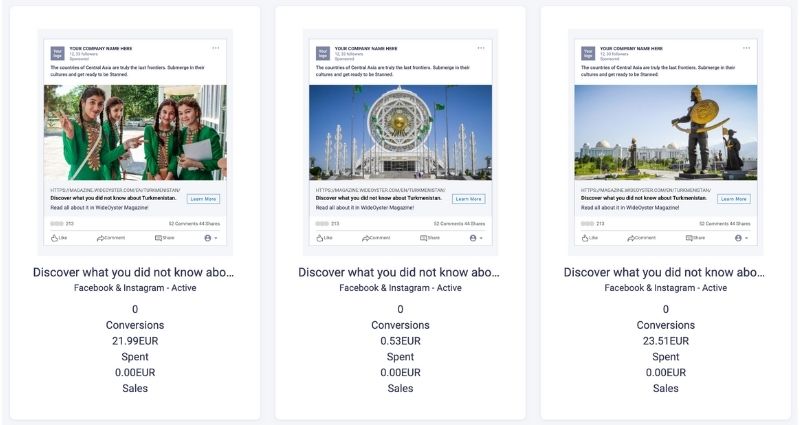 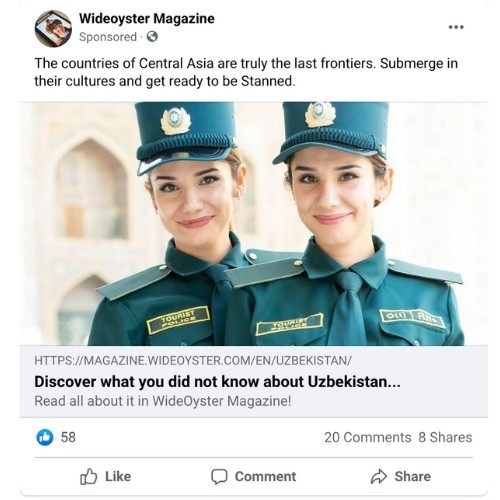 Get Started With Adline Today

or book a free demo call with one of our specialists